Home > Finding The Right School > All About Religious Schools

All About Religious Schools 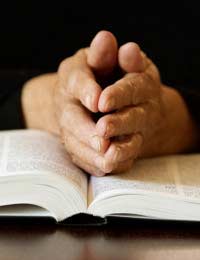 Religiously affiliated schools form a subdivision of private schooling that many parents consider for their child. Religious schools offer the same education as other schools, but with added emphasis being placed on instilling particular faith, beliefs and traditions in their pupils.

Schools can insist on specific faith backgrounds before allowing your child into their school, and some schools may need proof such as baptism or equivalent and regular worship attendance.

In a diverse multicultural society it’s understandable that parents may wish to encourage their own cultural values in their children, and a religious school provides the perfect environment.

Faith schools have become a hot topic in recent years with the government eager to emphasise their value in promoting a vibrant national culture.

In 2005 there were around 100 Muslim schools, 100 evangelical Christian and 50 Jewish schools in the independent faith school sector in the UK. Independent schools must be registered with the Department for Children, Schools and Families (DCSF), and from registering they must meet particular standards. Independent schools do not actually have to follow the National Curriculum, instead they are set areas of learning which all students need to experience, appropriate to age, ability and individual needs.

Generally there is a considerable amount of flexibility about how learning is set out. The state syllabus has a more multi-ethnic approach. In this case any child is free to attend and some choice is often given in terms of attending religious assemblies or events as well. The Level at which each school follows their particular belief varies.

Some place a great deal of importance on encouraging certain ideas and principle, while others prefer to maintain a distance between religion and academia, while respecting their founders’ wishes. Choosing whether to send your child to a religious school can be a difficult choice, but ultimately one that could be very rewarding.

The School Curriculum and Calendar

Unlike mainstream schools, religious studies in faith schools are not taught in the same way other subjects are. For some schools, the idea is to provide a proper Christian foundation which permeates all aspects of a child’s life. In other schools the focus may not be as strong, for example maybe having bible readings in the timetable once a week. Other schools may include the weekly attendance of some form of worship, with children and teachers alike involved in its proceedings. Religious holidays will almost certainly be the main events of the school calendar, such as Ash Wednesday or Yom Kippur. With Faith schools, these events will be celebrated en masse, therefore promoting their importance and solidifying the faith.

There are different opinions surrounding faith schools. One of the main objections is that segregating children of different faiths will lead to a lack of knowledge of other religions which leads to a lack of understanding about other people. Others believe that children should be all taught together, that education should be about educating, not about the division of different faiths. An argument against this is the identification that faith schools help children to perform better. It could be suggested however that the reason for this is because the schools specifically pick their students.

Overall, Faith schools remain a popular option with both parents and the government. This could be because of the focus on discipline and feeling of community as a result of the religious ethos that is shared with both teachers and student body.