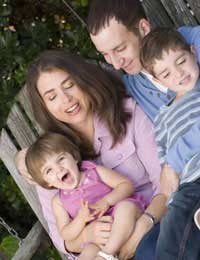 There are many preconceptions about private schools being 'snobby' or only for rich children and parents. Such comments are clear generalisations. There are a huge variety of independent schools in the UK, from boarding schools and 'prep'(preparatory) schools to faith schools and single-sex schools; while each of these types of schools have their own characteristics, each school is individual and will have its own distinctive social mix. There are, however, some features and current educational initiatives within independent schools that are particularly significant.

What Kinds of Parents Send Their Children to a Private School?

Independent schools charge expensive fees, and these will obviously significantly affect the financial background of pupils at these schools. The Independent Schools Council estimates that school fees at a private day school are £2,600 per term, while day students at a junior boarding school will be charged fees of about £3,200, which rises to an average of £4,300 for boarders. In the secondary sector, for students aged 11-18, prices are higher. Senior independent day school costs are about £3,000 per term, while boarders at top independent boarding schools can pay up to £10,000 per term.

These kinds of fees are levied on the majority of students at independent schools, and obviously parents who can afford these fees will tend to come from the upper and middle classes. However, two main factors lessen the impact of this limited social diversity. Firstly, independent schools run a vast variety of bursary and scholarship schemes, the former of which are usually means-tested, the latter usually influenced more by academic factors. These schemes involve schools themselves covering part or even entire school fee bills for selected students, and so they help to enable students from less wealthy backgrounds to afford to attend private schools. It is also true, however, that competition for these awards usually far outweighs demand, so they may be difficult for parents and children to obtain.

Independent schools are often keen to emphasise that many of their pupils' parents are not inherently wealthy but prioritise education and thus focus their spending in this area. The validity of this point is difficult to ascertain, but if it is true, then the schools' argument that private education therefore serves as a provider of social mobility rather than exclusivity might also be considered.

Do Private Schools Always Have a Less Socially-Diverse Student Body Than State Schools?

This is another generalisation that is difficult to prove or disprove, depending as it does on the social make-up (itself not a certain concept) of individual schools. However, it is worth considering the fact that catchment areas of top state schools have fed into house prices over the past few decades, so that some state schools also have lower levels of social diversity than others. Furthermore, it's important to keep in mind that attendance at either a state or private school does not mean that students will only ever mix with their school friends; in addition to the fact that children make friends from a variety of other sources, such as outside-school clubs and neighbours, both private and state schools often to join together for initiatives like community work and extra-curricular activities like Model United Nations or intra-school debating.